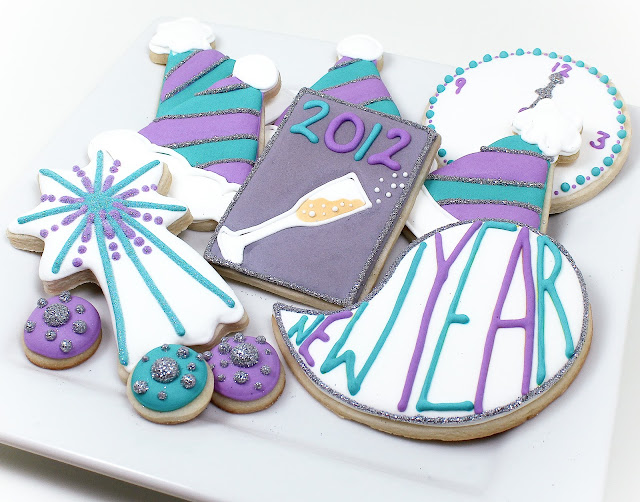 This week I've decided we have too much stuff. Really, we do. There comes a point when you run out of room to put it all.

Seriously, there is only so much storage space.

Now, mind you I live on a military post in a duplex. Not much room to begin with. We don't even have a pantry for food. REALLY NO PANTRY. Who the heck can function without a pantry? My front closet I turned into a pantry months ago.....but anyway too much stuff in this house.

It's time for a New Year.......which gets me thinking about starting new.

So out with the old and in with the new. I started boxing up old toys, old clothes and just stuff we didn't use anymore to donate to goodwill. I'm one of those people who just hate clutter.

Sometimes I really want to just throw everything I own away and start all over from scratch. Don't you ever feel like that?

Well it's obvious I can't really throw out everything BUT I can throw out some things and have less clutter.

Do NOT mistake less clutter for less CUTTERS. I will continue to clutter the cookie room with cutters. After all it is my space to be creative and decorate cookies. It's the time I need to keep from going insane.

Can you believe it's going to be 2012 already? The time really does fly. Hopefully you were having fun when it was flying.


First outline bottom of hat and top of hat. 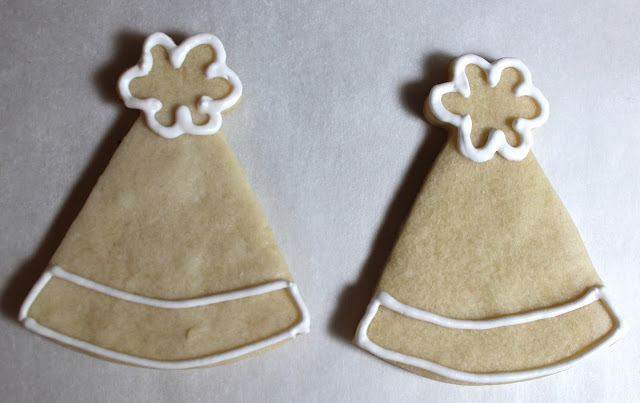 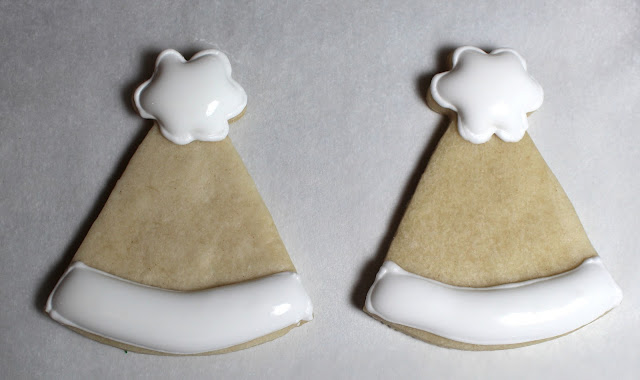 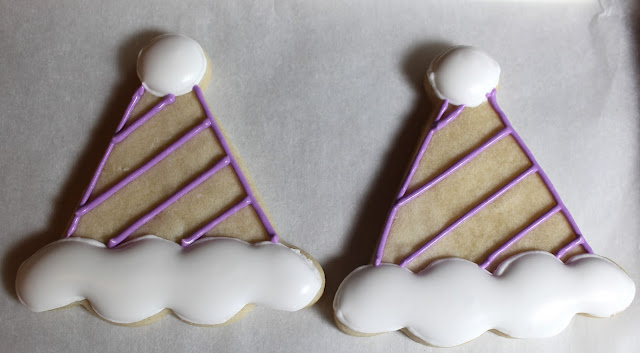 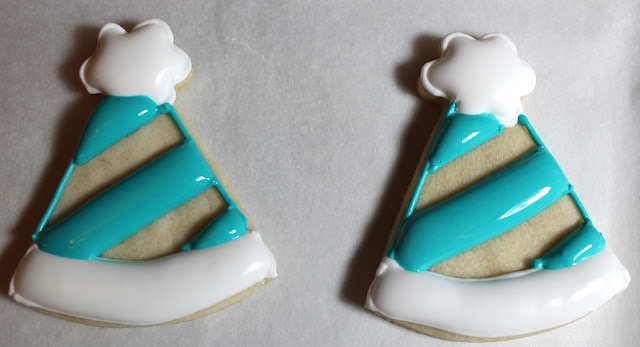 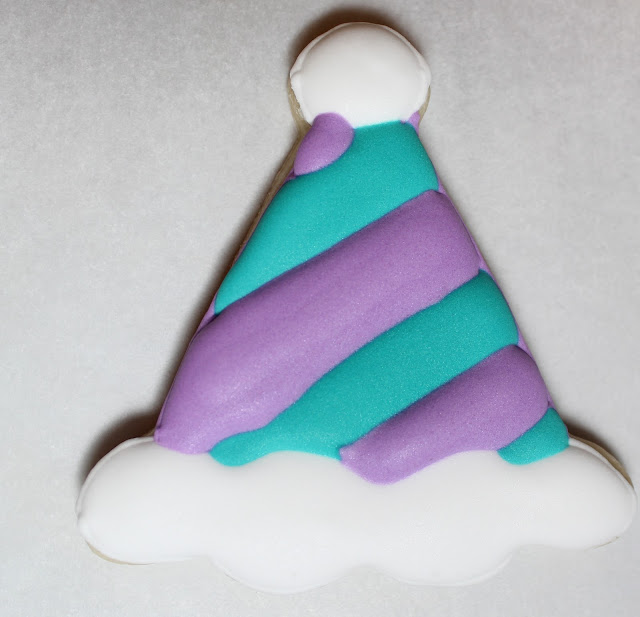 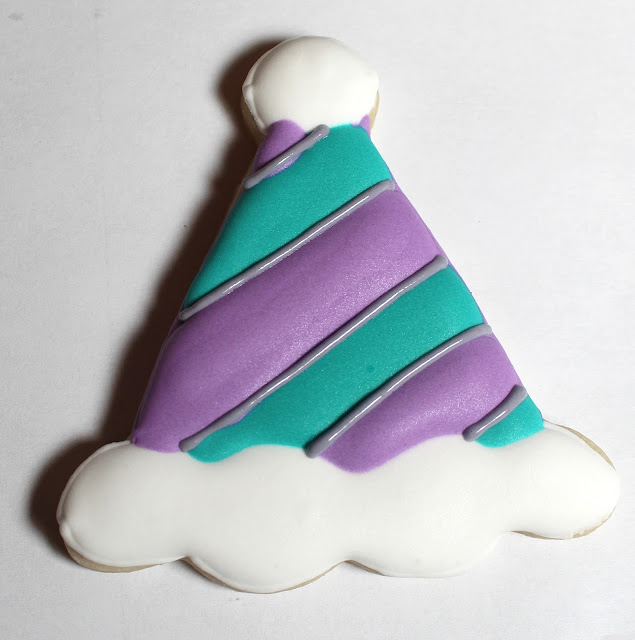 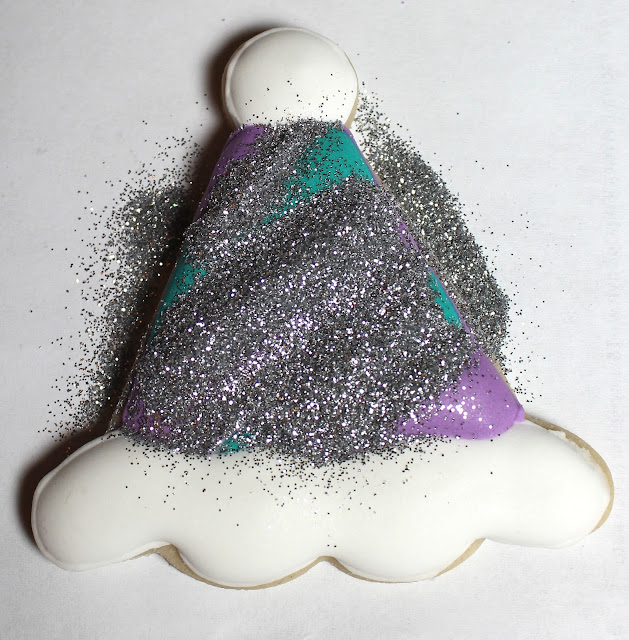 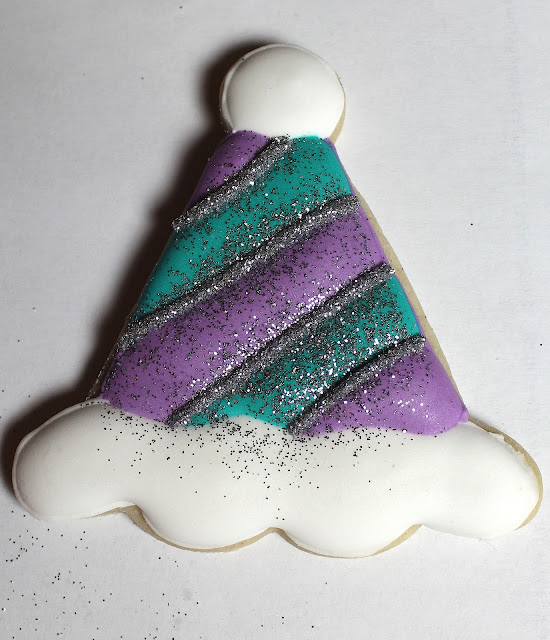 Take a CLEAN paintbrush that you'll only use on food and brush excess disco dust off of cookie. Then you're done! 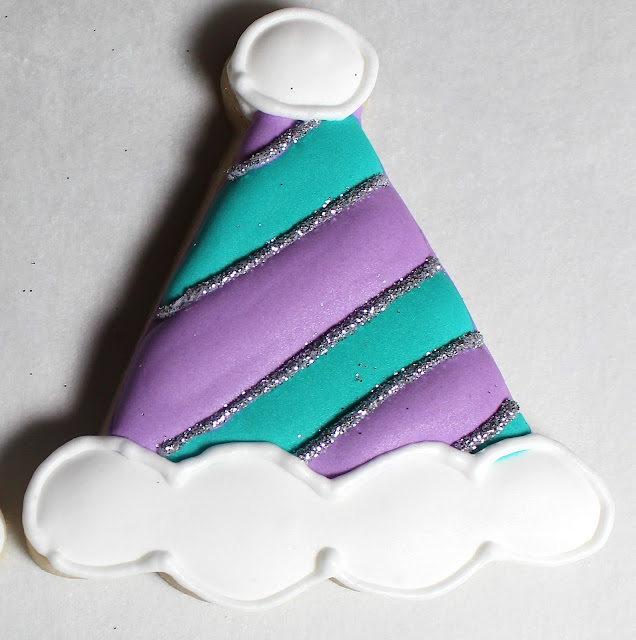 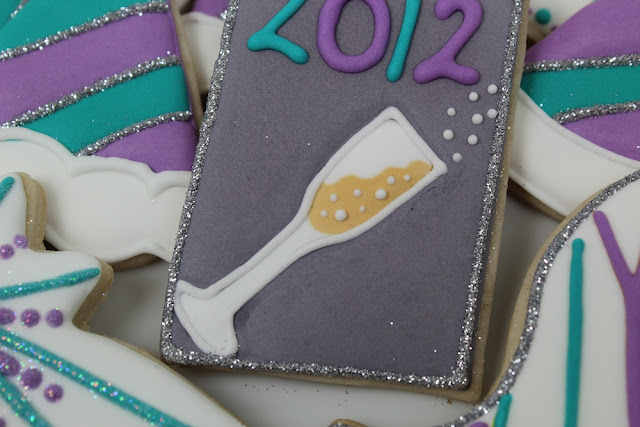 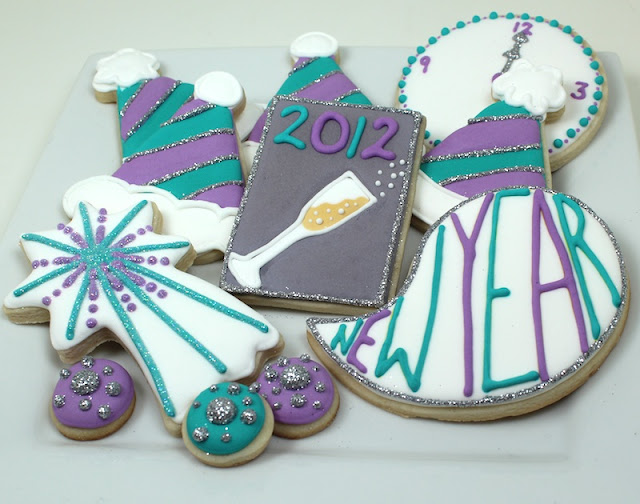