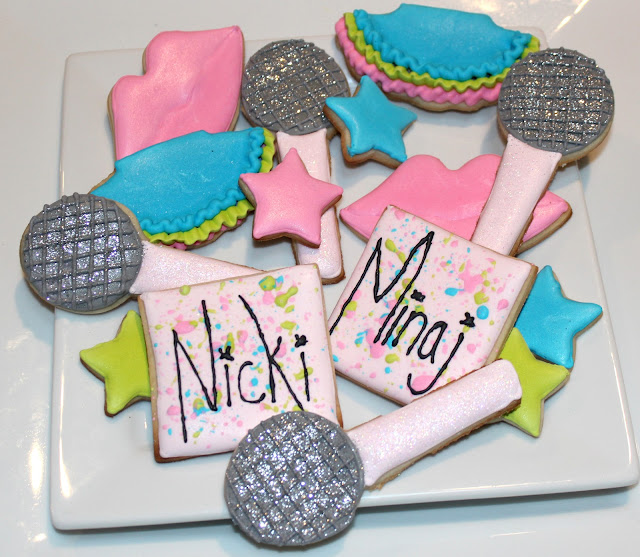 My thirteen year old daughter has been making the honor roll for years. We always get her something nice at the end of each year.

One year we got her an ipod, one year an ipone, one year a kindle....and so on.

Normally when we ask her what she wants, she quickly lets us know that she wants to see Nicki Minaj in concert. Well, that's hard when she isn't performing anywhere near where you live.

When I received an email from ticketmaster two months ago letting me know that Nicki was coming to New Orleans, I knew I had to get tickets for my daughter.....no matter what.

Well......my husband had other ideas about this. His first response was NO WAY, NO HOW.....I was pregnant and was not going to go into dangerous New Orleans with our teenage daughter to this concert.

So I had to pull out the pouty face.....and let me tell you I make a very convincing pouty face.....He never can say no to that face. For the first time, he did. I'm not one to take No for an answer sooooo, I looked him right in the eyes and said "We are going to the concert, you can come with us....but I'm buying tickets...she's been waiting forever".

He looked at me, sighed and said "OOOOKKAYYY"

So, last Friday night my husband and I took our daughter to her first concert. It was a great concert! My husband played games on his iphone the entire time, but hey at least we were there.

The things we do for our kids. We sat through 2 Chainz and Nicki Minaj all in one night.

And as if sitting through a rap concert 7 months pregnant wasn't enough for my daughter, she asked me to make cookies....so I did.  After all, her pouty face is even more convincing then mine. 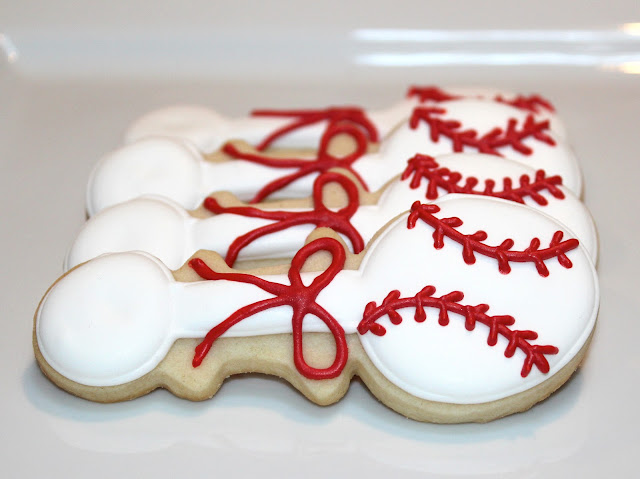 I'm so excited to tell you we are having a boy!

I have one son and four daughters. Do you know how many years of pink that is? Don't get me wrong, I love pink. It's my favorite color....BUT it's been almost nineteen years since I've had a son and we are over the moon excited.

I'm ready for dinosaurs, trains, and one of my favorite things to do with my son was bring him to T-ball practice.

Since I love baseball for little boys, I thought it would be so cute to make baseball rattles. Here's how you make them.

1. Bake rattle cookies and let cool.
2. With a #2 tip and white royal icing, outline the cookie and let dry 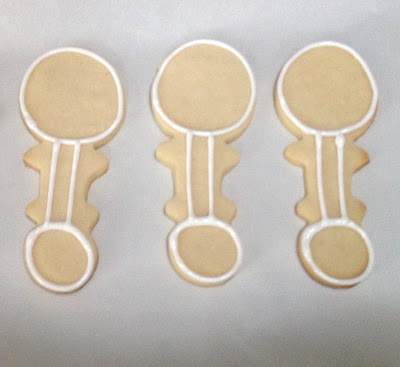 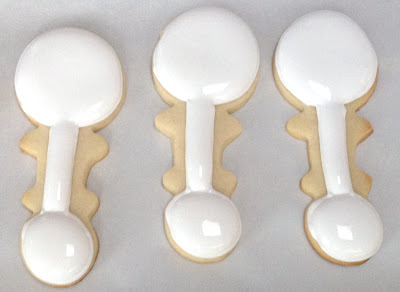 4. With a #2 tip and red royal icing add details to cookie. Let dry a few hours. 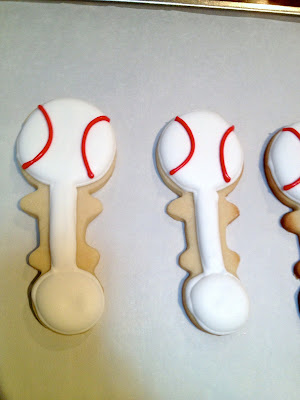 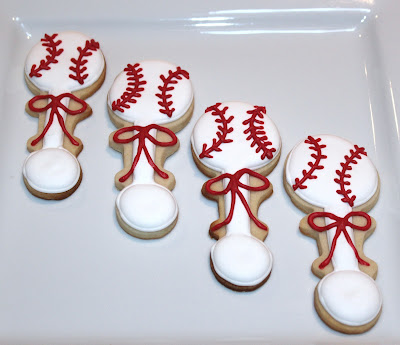 Only seven weeks left and the baby will be here! I almost can't wait, except I kinda have no choice. The baby pretty much calls the shots right now.

So I have to wait....and wait...and wait.
I'll use all this waiting time to bake cookies and share them with you.
Sound good?