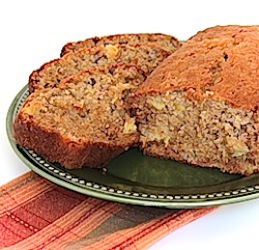 Do you ever feel like you're raising little pigs?
I mean seriously I think I have pigs in my house. I've never seen something disappear so fast.
They eat so much of this they just about get sick.
My husband hates nuts.
Hates.....now this is hard for a New Orleans girl because we live off of seafood and pecans.  It took me forever to get him to eat seafood.
He may have started liking it because he would have starved otherwise. I cook with seafood a lot.
I've adapted the recipe to suit what we like.
Since the hubby doesn't eat nuts I left them out and I added more pineapple.
This recipe is very easy to make and has to be one of the best I've had.
I adapted this recipe from The Southern Living Cookbook ©1987.
It's older than dirt.
When my mother died a few years ago all her cookbooks were given to me so it's cherished....even though it smells of mothballs...lol. 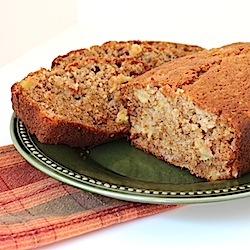 Mix together flour, salt, baking soda, sugar and cinnamon. Stir in nuts. Set aside. In separate bowl combine remaining ingredients then add to flour mixture. Just mix until ingredients are combined.
Spoon batter into 2 greased and floured loaf pans.
Bake at 350˚ for 1 hour 15 minutes or until you can insert a toothpick into center and it comes out clean. Remember every one's oven is different and you may need to adjust the cooking time or temperature.
Cool bread in pans for 10 minutes then remove from pans and allow to cool on a wired racks.
~Throw on your heels and get to baking~